Showcasing some projects that are either web apps or desktop apps suitable for downloads, including blogs on different topics of interest.

CalculatorNotepad is intended for easy calculations with support for user defined functions/formulas and rich set of integrated mathematical and probability functions.

It can be used as simple calculator with each line showing calculation result, but it also support user variables (storing results of previous calculations and using them in new calculations) and user defined functions that can be written as simple one line or multiline using integrated script language (or as c# functions in side panel). It is also suitable for simple simulation scenarios, with support for random numbers using different distributions and simulation aggregation functions.

It started as my proof of concept to create development IDE with powerful and yet simple interpreted language, but has since evolved to actual tool that I use while solving mathematical, probability or simulation problems. Recently I decided to publish it publicly on gitHub, and ReadMe on main page there contains more detailed description of CalculatorNotepad.

WordMind is game where goal is to guess target word in limited number of attempts. Similar to Mastermind, failed attempts will mark letters that are at exact correct place, those that are in target but somewhere else and those that do not exist in target. It is similar to ‘Wordle’ game but with support to more languages ( English, Serbian cyrillic and latin), configurable number of letters and word difficulty, ability to play more than once per day and coop option where one player set target word for other player(s) to guess.

Orao(Eagle) is 8-bit ex-YU computer from 80’s. This app fully emulate Orao computer, allowing you to play with its integrated mini-assembler and BASIC, or to simply play some old games. Emulator is written using Blazor as responsive web site that works on desktop and mobile browsers.

This version of emulator is written using Blazor WebAssembly as responsive web app that works on modern desktop and mobile browsers. It is progressive web app (PWA) and it can be installed as web app on desktops or mobile home pages and can be run off-line. 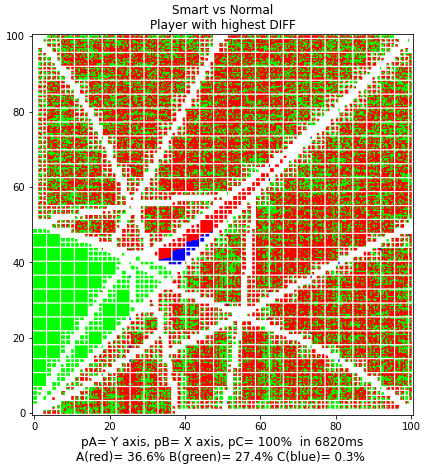 This document presents solutions and analysis of different scenarios for “truel” problem :

Several people are doing duel. Given their probabilities to hit, what are probability of each of them to win and who should they choose as optimal initial target ?

Solution is based on Python with numba acceleration, presented in interactive Jupyter notebook. While above links lead to static HTML page with Truel analysis, there is also GitHub repository with Jupyter document and my Truel blog with summary.

END_OF_DOCUMENT_TOKEN_TO_BE_REPLACED

About a year ago I decided to estimate usability of Jupyter notebook documents with Python code. Since both Python and Jupyter were new to me at that time, I selected real world problem to solve using them, specifically to solve “Truel” problem : Several people are doing duel. Given their probabilities to hit, what are …

END_OF_DOCUMENT_TOKEN_TO_BE_REPLACED

This site is intended to showcase some side software projects or proofs of concept , and as convenient link to web based apps or download links for desktop apps. Those projects are subset of many personal ( and, until now , private ) projects and apps that I made for fun, for testing or just because I was bored at the time.

Blog posts are not focus of this site but will be used occasionally for issues related to showcased projects or interesting issues in general.